The 2005 brain child of our former Director, Anthony Dickens, Nintendo Life started out as a bedroom build that allowed Anthony and his friends to share their thoughts and reviews on the latest Nintendo games. However it very quickly became clear that there was going to be much larger and wider demand!

Nintendo Life started in late 2005 just before the North American Wii launch in 2006, then joining forces with WiiWare World and VC-Reviews in April 2009. Since then it's grown into one of the biggest Nintendo-centric sites in the world, and in 2011 partnered with the mighty Eurogamer.net that will guarantee the site's continued excellence into the future. 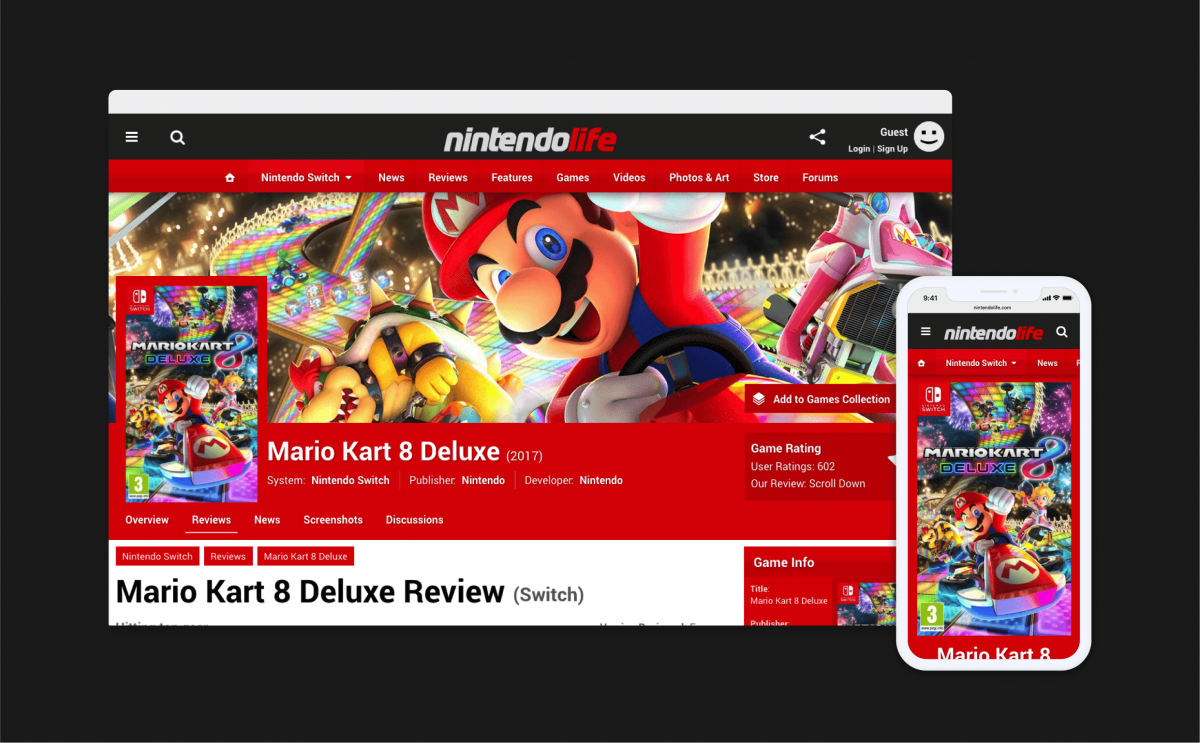 Being involved since the very beginning we had an organic approach to both the design and development of Nintendo Life. The website has two key users, the team of writers who require a powerful yet easy to use set of content management tools and the millions of end users who want to consume the content on a varied number of devices.

The site has a large following on social media which is completely integrated into the content management tools, making it quick and easy for staff to update.

Built using our powerful cCMS Framework, the website and backend CMS tools have been built from the ground up using PHP and MySQL. 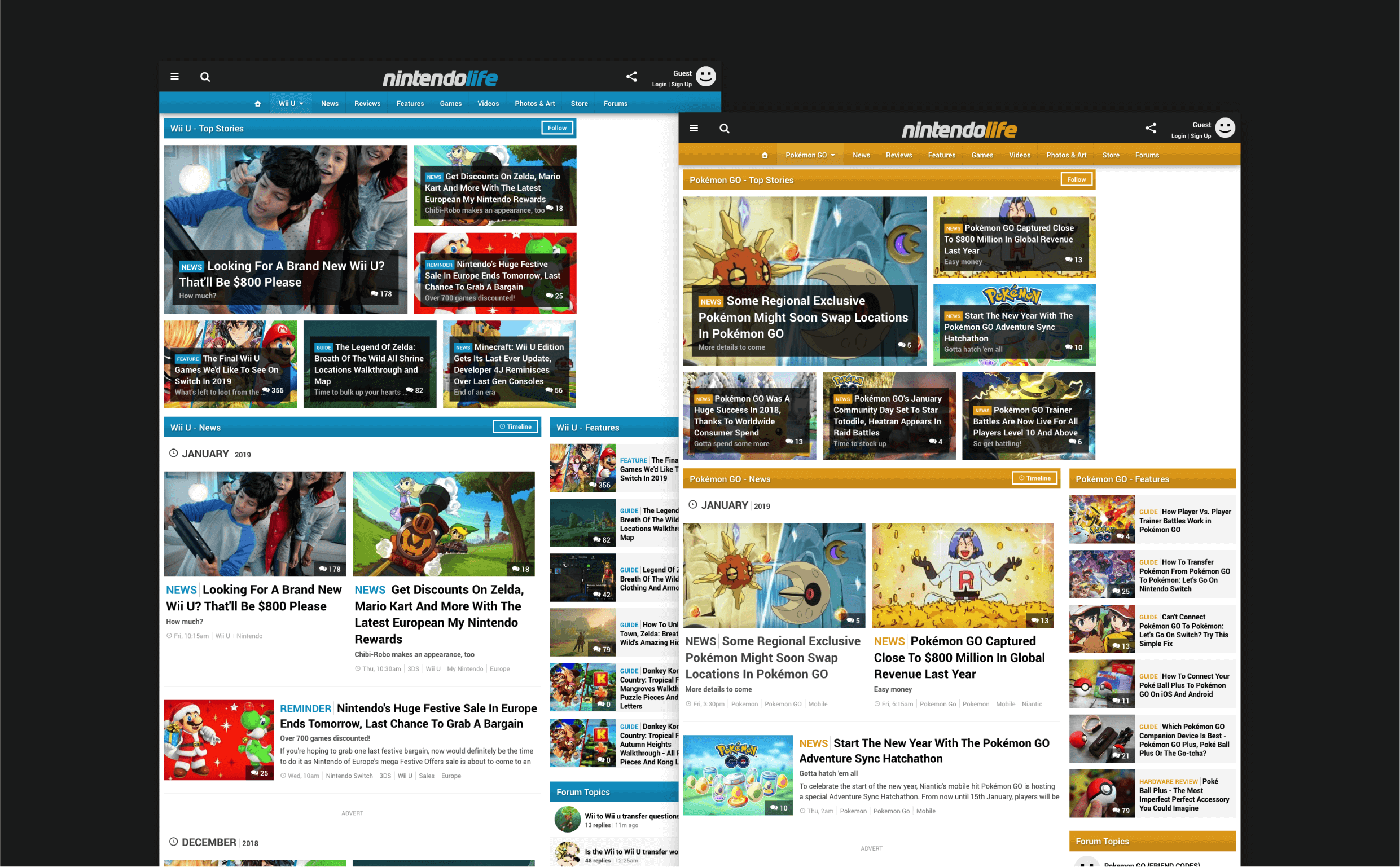 Due to the high traffic (~8million page views/month) our platform makes use of intelligent caching using Memcache and Varnish along with the CloudFlare CDN making sure the website always responds quickly on any device.

The development of cCMS has been integral to the development of Nintendo Life, which in turn has fed back countless features and optimisations into cCMS. As the site has grown over the years we have been able to overcome these growing pains thanks to the underlying technology the site is built upon.

We would love to hear about your next project or any ideas you have planned. Please get in touch below to see what we can do for you!